skip to main | skip to sidebar

We celebrate St Nick night. St Nick comes and fills the kids stockings on the night of December 5th. Both Ryan and I grew up with this tradition and so we continue it with our kids. The twist we have added is that we put our letters to Santa in the stocking so that St Nick can take it with him. Calvin was so sweet in helping his sister write her letter. 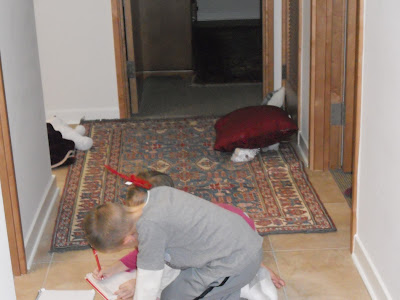 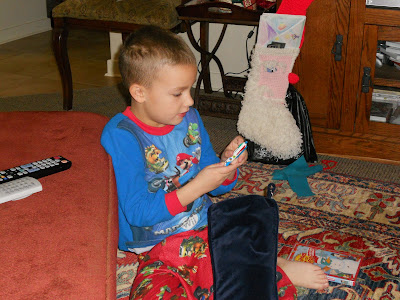 And they both got a new Christmas movie. Alayna's is a Barbie Christmas Carol. 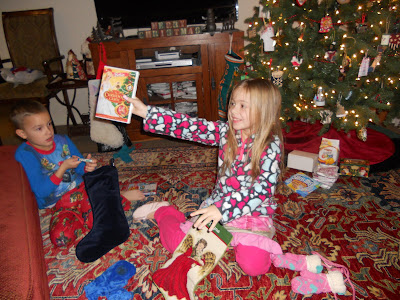 And Nana sends them ornaments every year that we give to them that morning as well. This year Calvin got a soccer ball, 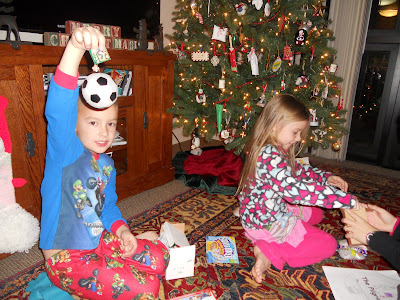 and Alayna got ballet slippers. Well. It is a cold and rainy day here in South Korea. The perfect day to stay in and get caught up with things, you know, things like a blog I have been ignoring for about 6 months.

Life has gotten away from me, and things like facebook have made it too easy to communicate. Things I have learned: I don't really enjoy writing as a craft, but I love to talk! So this blog may be a little less wordy than it used to be, but at least you will get to see some pictures of our adventures here in Korea. Oh, and we really haven't had very many adventures yet so you haven't missed much. Again with the life getting away from us.

So here it goes! I am going to do my best to get caught up this month.

Gobble till you Wobble! 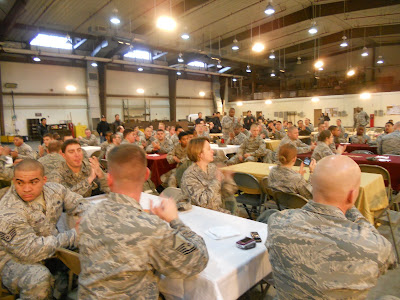 Ryan said a few words to start everything off. 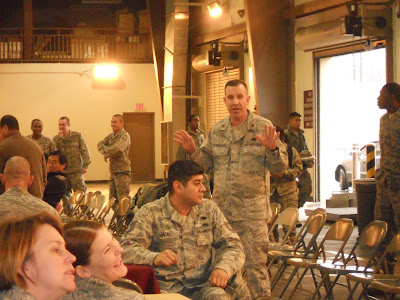 And then everyone ate. They had a ton of good food and it was nice to be able to chat with a lot of our young airman and thank them for all they do.

Then we hosted Thanksgiving at our house for a few of our friends. 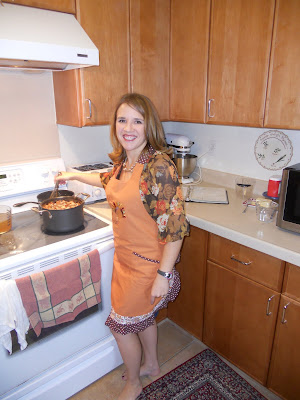 We had 3 other families come over so there was a total of 16 people. Our apartment is tiny so it was a very cozy gathering! 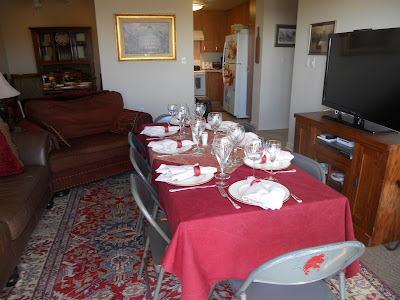 It was fun, we had an adult table and a kids table. The kids had a blast sitting together.

The guys enjoyed some Scotch after dinner. And I had lots of help in the kitchen getting things cleaned up. 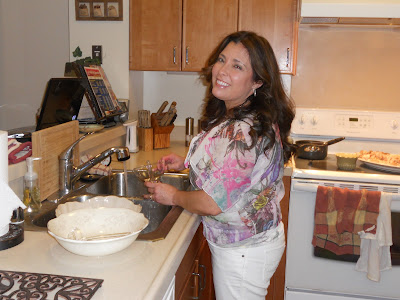 It was a wonderful day, and we are so thankful the Lord has provided an Air Force family for us yet again.
Posted by Ryan, Dawn, Calvin & Alayna at 4:23 AM No comments:

I love that my kids are best friends. But this year they have begun fighting and just in general trying to bother each other. This is new for us and we are still figuring out how to deal with this.

BUT, they still love each other and can be so sweet together. I managed to capture one of those moments. 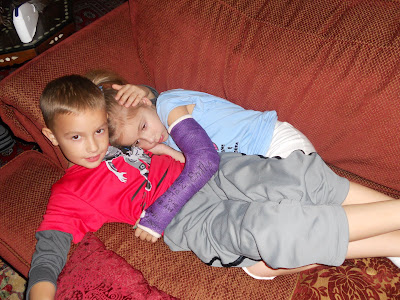 These kids are keeping me running! Calvin did Soccer, 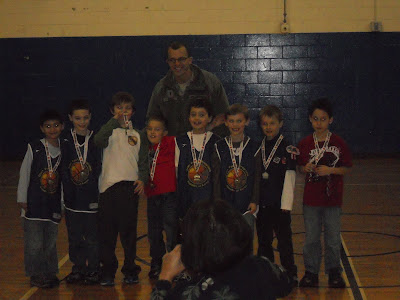 He loved them both, but showed real talent in basketball. He is quite the flashy little point guard! 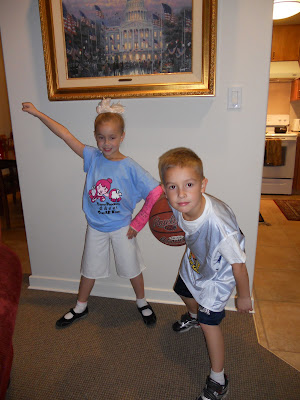 And Alayna is doing ballet 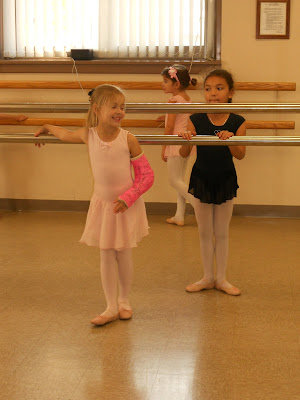 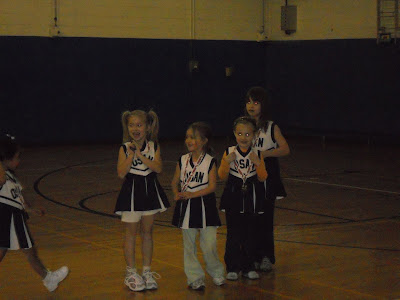 She is loving both! I guess the apple didn't fall too far there. :) 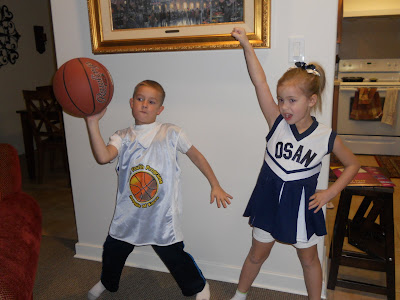 Halloween was fun this year. At school they were able to dress up as a storybook character and then did a parade for all the parents.

Alayna was Aurora. (Sleeping Beauty for those who don't have little princesses at home) And Calvin was Superman. 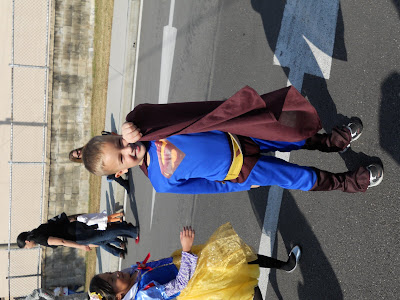 Then when it was time for trick or treating that evening Calvin changed his costume to Aaron Rodgers of the Green Bay Packers. 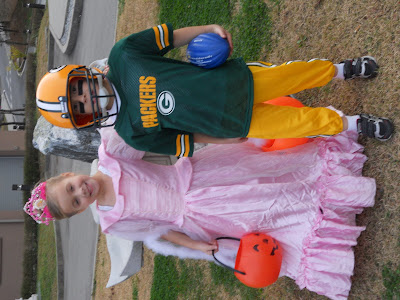 It was different trick or treating in a apartment tower instead of a neighborhood, but the kids got a lot of candy in a short amount of time! 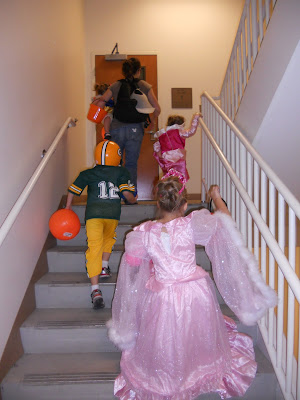 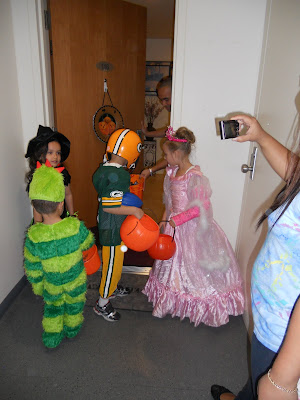 (See how the pink cast matches the pink dress!)
Posted by Ryan, Dawn, Calvin & Alayna at 4:14 AM No comments:

It was a wonderful Friday afternoon. The kids only had a half day of school, so I picked up some lunch for them and we met friends at the park. The weather was beautiful and we had a 3 day weekend ahead of us. Happiness.

Just as we were getting ready to leave the park and I was throwing away the last of the trash; screams.

It was Alayna and she is VERY tough and I knew from the sounds of her cries that something was VERY wrong. I asked her to tell me where it hurt and she instantly said "I broke my arm!".

If you know me, I am not very good with trauma. The other mom's there tried to calm us both down and determine if it was really that serious. We asked her to move her arm and she was able to do that. So I decided to put them in the car and head home first. Several times in the car she screamed in pain and it is only a 2 minute ride home! We got home and she ran to her bed and laid down in pain. I knew at this point that if she was still crying about it something was definitely very wrong. I called Ryan and told him he needed to come home and take her to the ER. He came home as fast as he could and took her. The ER is only across the street so they just walked over. The blessings of living on a small base.

After a little while he called me and told me I needed to bring her a new shirt and that it was a "probable broken elbow". They splinted her arm and told us to come back after the long weekend and they would have the Ortho look at it to determine if it was in fact broken. 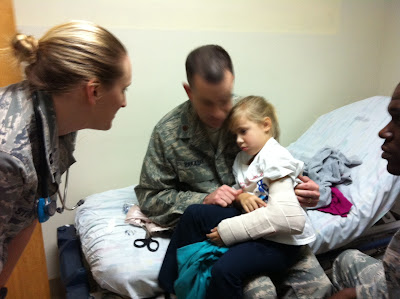 Once it was splinted she was doing much better and was happy and wanting to play. Relief. And ice cream for the brave girl! 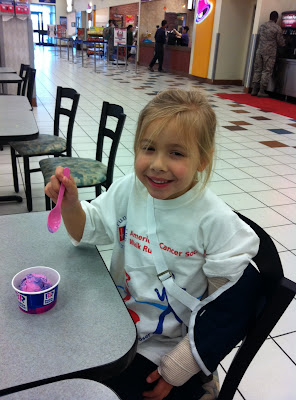 Well. I wish the story ended there, but oh it does not. Ryan's phone rang later that evening and it was one of our friends who also happens to be the Doctor in charge of the Emergency Room here. His wife had seen on facebook that Alayna had been in the ER earlier that day so he went in, on his off day, to look at the x-rays. We are so very glad he did! He looked at them along with another Doc that had lots of experience reading x-rays and they both determined that it was in fact broken and not just that.....but was going to require surgery preferably within 24 hours of the accident!

He was amazing! He coordinated with the Army hospital up in Seoul and arranged the surgery for the next day as well as spoke to his wife and offered to keep Calvin for the day so we wouldn't have to bring him with us. We are so blessed to have this family in our life!

So the next morning at 0600 we were on the road to Seoul. Alayna was not doing so well now. She was in pain and the pain meds were making her sick to the stomach. Then when we got there she of course needed an IV and they needed to remove the splint and re x-ray her arm. Not good. Poor baby. 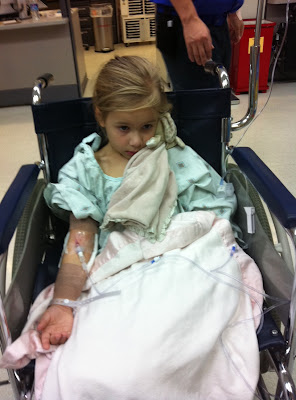 After surgery the staff was wonderful and she pretty much got whatever she asked for. 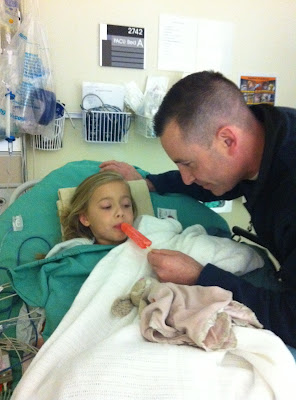 Unfortunately the anesthesia made her sick. And sick for a couple days. 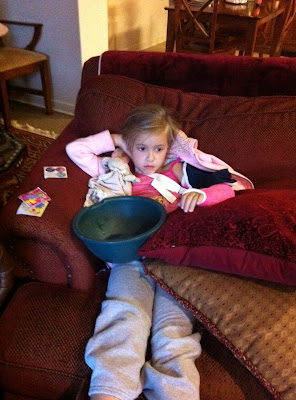 Poor girl was not herself for quite a while.

We made it home from Seoul that day right around dinner time. When we came home dinner was cooking in our oven, dessert was in the fridge, another friend had picked up some gatorade for Alayna and that was also in the fridge. And Calvin was brought home shortly after we arrived. We are truly blessed to be surrounded by such amazing friends to do all of that for us.
Posted by Ryan, Dawn, Calvin & Alayna at 3:31 AM 2 comments:

Ryan, Dawn, Calvin & Alayna
Welcome to Bak4More! Here is a little introduction to the family; my name is Dawn and I am the Mommy around here. I am married to Ryan who is the Daddy of the house as well as a Major in the US Air Force. Then there is our first born Calvin, who is my brainy and sweet hearted child. And the baby of the family is Alayna, who is as tough as nails and as girly as they come. We move around a lot, but are currently living in South Korea. Hope you enjoy our little blog and check back often. Don't forget to comment so I know you were here!

Check out my Catalog!

Is anyone reading this?